LIVING THE CHARISM ›
And this is the judgment, that the light has come into the world, and people loved darkness rather than light, because their deeds were evil. For all who do evil hate the light, and do not come to the light, so that their deeds may not be exposed. But those who do what is true…[read more] 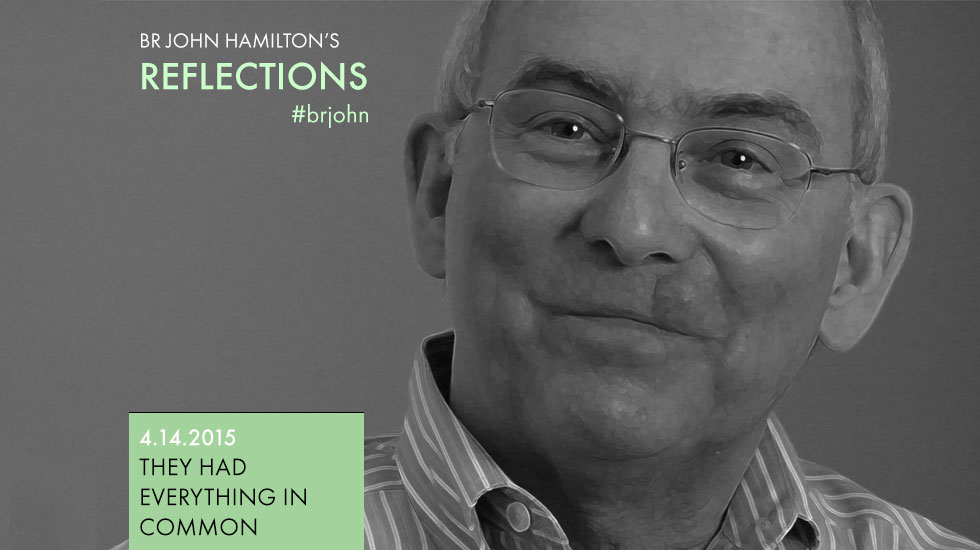 The community of believers was of one heart and mind, and no one claimed that any of his possessions was his own, but they had everything in common. With great power the Apostles bore witness to the resurrection of the Lord Jesus, and great favor was accorded them all. There was no needy person among…[read more]
This man came to Jesus by night and said to him,“Rabbi, we know that you are a teacher come from God; for no one can do these signs that you do, unless God is with him.” Jesus answered him: “Amen, amen, I say to you, no one can see the kingdom of God without being…[read more]
So Simon Peter went aboard and hauled the net ashore, full of large fish, one hundred fifty-three of them; and although there were so many the net was not torn.       John 21: 11 There is some way or other in which every single one of us feels strange and different. From early…[read more]
As they were saying these things, he stood in their midst and said to them, “Peace to you!” They were terrified, however, and fearful. They thought that they were seeing a spirit. So he told them, “Why are you disturbed? Why do you have these doubts? Look at my hands and my feet. I am…[read more]
As he was reclining at table with them, he took bread. He blessed and broke it. He gave it to them. Their eyes were opened and they recognized him. And he disappeared. They said to each other, “Were our hearts not burning within us as he spoke to us on the road, as he opened…[read more]
Jesus said to her, “Mariam.” She turned and said to him in Hebrew, “Rabbouni!” (which means Teacher). Jesus said to her, “Do not cling to me, for I have not yet ascended to the Father; but go to my brethren and say to them, ‘I am ascending to the Father and your Father, to my…[read more]
I set the LORD always before me,  on my right hand, that I not stumble.  So my heart rejoices and my pulse beats with joy,  my whole body abides secure.  For You will not forsake my life to Sheol,  You won’t let Your faithful one see the Pit.  Make me know the path of life. …[read more]
“All those who used to be my friends watched for my downfall, ‘Perhaps he will be seduced into error, Then we will master him and take our revenge!’” Jeremiah 20: 10 Jesus answered them, “I have shown you many good works from the Father; for which of these do you stone me?” . . .…[read more]
“Yet I do not seek my own glory; there is One who seeks it and he will be the judge. Amen, amen, I say, to you, anyone who keeps my word will never see death.” John 8: 50- 51 The section of John’s gospel we are reading these days is set in the context of…[read more]